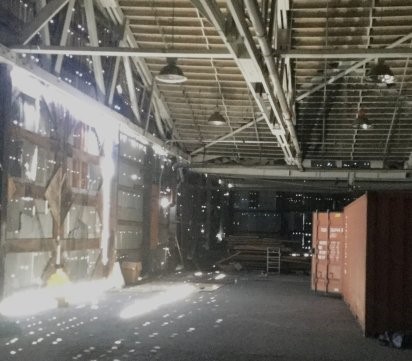 In a series of related enforcement actions, Oregon OSHA has fined multiple employers more than $800,000 for willful job safety violations linked to a property in Josephine County used to house workers and to process hemp.
The violations by five employers – all located in southern Oregon – included allowing an estimated 25 workers to occupy a condemned building that could have collapsed and severely injured or killed them.
The employers connected to the reckless disregard for workplace safety and health requirements are: Eighteen New Hope LLC; Jai B Levy and Yoram Levy and Yuval Magid; Jai B Levy and Yoram Levy; Yuval Magid; and Safe & Simple LLC.
At issue was a property in Murphy, an unincorporated area of Josephine County, where the employers were trimming and packaging hemp for resale. Oregon OSHA launched an investigation of the operation based on a referral from the Office of the State Fire Marshal.
The investigation centered on a 23,398-square-foot building – which included working and living areas – that had been deemed unsafe for occupation by Josephine County building safety officials. Instead of addressing the building’s “open and obvious” structural defects that could have caused the building to collapse, according to Oregon OSHA’s investigation, employers allowed an estimated 25 people to work, live, cook, and sleep in and around it. Also, the investigation identified major gaps in and under the building’s walls that exposed employees to water, rodents, and insects. It also pinpointed a lack of exit routes and padlocked doors that left workers no safe way to escape the building in case of a collapse or fire.
“Our rules are clear about providing people with a safe and healthy place to work, including making necessary repairs and following sound safety practices,” said Oregon OSHA Administrator Michael Wood. “The same goes for our requirements when employers provide housing to workers. The neglect in this case is staggering and utterly inexcusable.”
Oregon OSHA issued citations with $165,000 in penalties to each of the five employers, for a total of $825,000 in fines. Each citation outlined the same five willful violations identified by the agency. A willful violation occurs when an employer intentionally or knowingly disregards workplace safety and health requirements.
Altogether, the violations are as follows:
Free Amazon HD 10 Tablet with RCRA and DOT Training

Annual training is required by 40 CFR 262.17(a)(7).  Learn how to complete EPA’s new electronic hazardous waste manifest, and the more than 60 changes in EPA’s new Hazardous Waste Generator Improvements Rule.  Environmental Resource Center’s Hazardous Waste Training is available at nationwide locations, and via live webcasts.  If you plan to also attend DOT hazardous materials training, call 800-537-2372 to find out how can get your course materials on a new Amazon Fire HD 10 tablet at no extra charge.
MSHA: No U.S. Mining Operations Met Pattern of Violations Criteria for Fifth Consecutive Year 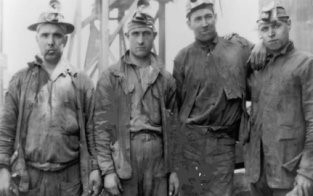 For the fifth consecutive year, none of the nation’s more than 13,000 mining operations met the criteria for a Pattern of Violations (POV), the U.S. Department of Labor’s Mine Safety and Health Administration (MSHA) announced. The screening period started on September 1, 2018, and ended on August 31, 2019.
The POV provision in the Federal Mine Safety and Health Act of 1977 is one of MSHA’s toughest enforcement tools. MSHA reserves the provision for mines that pose the greatest risk to miners’ health and safety, particularly those with chronic violation records.
“The Mine Safety and Health Administration remains committed to regular and consistent enforcement of the Mine Act – including issuing Pattern of Violations notices where appropriate – to fulfill its mission to keep the nation’s miners healthy and safe,” said MSHA Assistant Secretary David G. Zatezalo. “For the fifth straight year, no mine met POV criteria, evidence that mine operators have become more proactive in eliminating safety and health hazards.”
In January 2013, MSHA published its POV rule to strengthen safety measures in the nation’s most hazardous mines. Under the regulation, MSHA may consider mitigating circumstances before issuing a POV notice and encourages mine operators to implement a corrective action program if they are approaching POV status.
MSHA developed two online tools to help mine operators monitor compliance: the POV tool, which alerts mine operators that they are approaching POV status and should take appropriate corrective actions; and the S&S rate calculator, which enables mine operators to monitor their “significant and substantial” violations. Between 2011 and 2018, the rate of significant and substantial violations dropped from approximately 32 to 21%, an indicator of safety improvements in mines.
Court of Appeal Upholds Cal/OSHA Citations Issued for Inadequate
Protective Footwear at a Home Depot Warehouse

A court of appeal has upheld Cal/OSHA citations issued to Home Depot for violating safety standards after a warehouse employee suffered a serious foot injury in 2014. Cal/OSHA’s investigation found the warehouse workers were not provided protective footwear such as steel-toed shoes in an area where industrial vehicles were operating.
The 4th District court ruling also affirms an earlier lower Superior Court decision that the citations were correctly applied following an accident investigation at Home Depot’s warehouse in Mira Loma.
“This is the first California Court of Appeal decision on the issue of protective footwear in warehouses and it sends a strong message on the need to protect workers,” said Cal/OSHA Chief Doug Parker. “Cal/OSHA has investigated a number of serious foot injuries related to forklifts and rider pallet jacks in the warehousing industry. In many cases, injuries could have been avoided with protective footwear.”
In April 2015, Cal/OSHA cited Home Depot after investigating an accident in which a worker’s foot was seriously injured from a collision between two pallet jacks at a warehouse in Mira Loma. The investigation found that at the warehouse, which functions as a distribution center for retail stores, employees exposed to foot injuries wore sneakers and were not required to wear protective footwear. Investigators also identified violations with the safe operation of industrial trucks.
Home Depot appealed the citations and the Occupational Safety and Health Appeals Board (OSHAB) affirmed both, finding that employees were exposed to foot injures when manually lifting loads and when working in close proximity to industrial trucks. The board ruled that Home Depot’s lifting safety policy and prohibition of open-toed or open- heeled shoes were not adequate to protect workers from the realistic hazard of serious foot injuries.
After the board’s decision, Home Depot filed a writ of mandate with the local superior court asking for relief of the footwear citation, but the court denied the writ. The employer subsequently took the case to the Court of Appeal which ruled on October 17 to uphold OSHAB’s decision and Cal/OSHA’s citations.
Foot injuries from being struck or run over by industrial trucks are the single leading cause of foot amputations and other serious foot injuries among workers in California. In the last five years, Cal/OSHA has opened over 70 investigations with home center employers engaged in retailing home repair and improvement materials.
OSHAB is a three-member judicial body appointed by the Governor and confirmed by the Senate which handles employers’ appeals of citations issued by Cal/OSHA for alleged violation of workplace safety and health regulations. The mission of the appeals board is to fairly, timely and efficiently resolve appeals and to provide clear, consistent guidance to the public, thereby promoting workplace safety and health.
Notice of Availability of Second Public-Review Draft of Proposed Public Health Goals for Trihalomethanes in Drinking Water

California’s Office of Environmental Health Hazard Assessment (OEHHA) announcedthe availability of its second public-review draft technical support document with proposed Public Health Goals (PHGs) for the four regulated trihalomethanes (chloroform, bromoform, bromodichloromethane and dibromochloromethane) found in drinking water as a result of disinfection methods. A PHG is the level of a drinking water contaminant at which adverse health effects are not expected to occur from a lifetime of exposure.
The draft technical support document was originally released for public comment on October 5, 2018 and has undergone an external scientific peer review. The draft document has been revised per public and peer review comments and is now available for a second and final public review from November 8, 2019 through December 9, 2019.
Safety News Links
Safety Notice: Back Belt Supports
Driver Fatigue on the Job
Increase in Silicosis Cases Sparks Concerns
A Buffalo Wild Wings Worker Died After Exposure to a Cleaning Agent. 10 Other People Went to Hospitals
Gas Company Employee, Wife Die After Hydrogen Sulfide Gas Poisoning
Draft Risk Evaluation for N-Methylpyrrolidone
Safety Testing in Healthcare Robotics
Ways to Burn More Calories Every Day
California to Consider Listing Benzo[a]pyrene a Reproductive Hazard
Toolbox Talks
Jan 13
2020

Use of Absorbent Material in E...