OSHA is increasing its penalties to meet the Federal Civil Penalties Inflation Adjustment Act Improvements Act of 2015. A draft of a Federal Register notice, which will be probably be published after the conclusion of the shutdown listed the new maximum penalties as:
The new maximum penalties, which are $326 above the current fines, apply in states where OSHA enforces health and safety regulations. States with OSHA-approved plans are required to increase their penalties in alignment with OSHA’s penalty increases to maintain at least as effective penalty levels.
Free Amazon HD 10 Tablet with RCRA and DOT Training

Annual hazardous waste training is required for anyone who generates, accumulates, stores, transports, or treats hazardous waste. Learn how to manage your hazardous waste in accordance with the latest state and federal regulations.  Learn how to complete EPA’s new electronic hazardous waste manifest, and the more than 60 changes in EPA’s new Hazardous Waste Generator Improvements Rule.  Environmental Resource Center’s Hazardous Waste Training is available at nationwide locations, and via live webcasts.  If you plan to also attend DOT hazardous materials training, call 800-537-2372 to find out how can get your course materials on a new Amazon Fire HD 10 tablet at no extra charge.
Skin Hazards for Six Chemicals Published by NIOSH

As the largest organ of the body, the skin performs multiple critical functions, such as serving as the primary barrier to the external environment. For this reason, the skin is often exposed to potentially hazardous agents, including chemicals, which may contribute to the onset of a spectrum of adverse health effects ranging from localized damage (such as irritant contact dermatitis and corrosion) to induction of immune-mediated responses (such as allergic contact dermatitis and pulmonary responses), or systemic toxicity (such as neurotoxicity and hepatotoxicity). Understanding the hazards related to skin contact with chemicals is a critical component of modern occupational safety and health programs.
NIOSH has established new strategy for assigning the NIOSH skin notations relies on multiple skin notations to provide users a warning on the direct, systemic, and sensitizing effects of exposures of the skin to chemicals. Historically, skin notations have been published in the NIOSH Pocket Guide to Chemical Hazards . Now, support documents, called Skin Notation Profiles, provide information supplemental to the skin notation including the summary of all relevant data used to aid in determing the hazards associated with skin exposures.
Skin notations for the following six chemicals were recently published:
Six New Candidates for EU List Substances of Very High Concern

The Candidate List is a list of substances that have been identified by the European Chemicals Agency (ECHA) that may have serious effects on human health or the environment. Substances on the Candidate List are also known as substances of very high concern and are candidates for eventual inclusion in the Authorization List. Once they are on the Authorization List, companies will be required to apply for permission to continue using the substance after the sunset date.
Companies may have legal obligations resulting from the inclusion of the substance in the Candidate List. These obligations may apply to the listed substance on its own, in mixtures or in articles. In particular, any supplier of articles containing a Candidate List substance above a concentration of 0.1% (weight by weight) has communication obligations towards customers down the supply chain and consumers. In addition, importers and producers of articles containing the substance have six months from the date of its inclusion in the Candidate List (15 January 2019) to notify ECHA. Information on these obligations and related tools are available on ECHA’s website.
ECHA has added five new substances to the Candidate List due to the carcinogenic, toxic to reproduction, persistent, bioaccumulative and toxic (PBT) and very persistent and very bioaccumulative (vPvB) properties of the substances. The decision to include the four polycyclic aromatic hydrocarbons (PAHs) was taken with the involvement of the Member State Committee (MSC). The four PAH cases were referred to the MSC in order to address new hazard information submitted during the public consultation.
One further substance has also been added to the list having been identified as an SVHC by the European Commission due to its endocrine-disrupting properties. The Commission’s decision follows the referral of the MSC opinion on this SVHC proposal in 2016.
Substances included in the Candidate List for authorization on 15 January 2019 and their SVHC properties
Breathing Particulate Matter May Harm Kidneys

The FAA issued the following statement via its Twitter account, “Safety is the top priority for the FAA. Air traffic controllers and technicians who maintain the nation’s airspace continue to serve their critical mission to ensure the public’s safety. We are allocating resources based on risk assessment to meet all safety critical functions. If we identify an issue, we recall inspectors and engineers to address it. We sincerely thank FAA employees who are working to keep the traveling public and our skies safe.”
OSHA Compliance Assistance Resources to Protect Workers from Falls 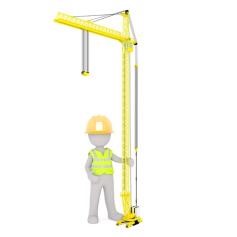 OSHA has developed a collection of compliance assistance resources to address falls in the workplace, the leading cause of worker fatality in the construction industry. OSHA’s goal is to promote awareness about common fall hazards in construction, educate job creators and workers on fall prevention, and reduce the number of fall-related injuries and fatalities. These resources, which continue the goals of the Department’s Office of Compliance Initiatives (OCI), encourage and facilitate compliance evaluations.
Falls can be prevented if employers plan ahead to ensure the job is done safely; provide the right equipment; and train workers to use the equipment safely. OSHA is working with industry stakeholders to provide informative compliance assistance resources.
OSHA’s On-Site Consultation Program provides valuable services for employers that are separate from enforcement. OSHA recently published an analysis demonstrating how the agency’s On-Site Consultation Program contributes $1.3 billion to the national economy each year. Employers who implement workplace improvements can reduce lost time due to injuries and illnesses, improve employee morale, increase productivity, and lower workers’ compensation insurance premiums.
Nebraska Beef Processing Plant Cited After Employee Severely Burned by Ammonia