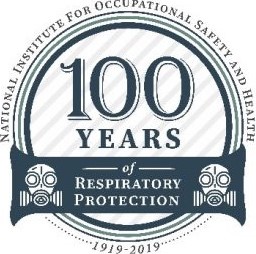 Breathing is taken for granted by most of us. For the estimated 5 million U.S. workers required to wear respirators to do their job well and safely, the evolution of respiratory protection, a critical piece of personal protective equipment (PPE), takes on a different meaning. This year, during the week of September 3-6, the National Institute for Occupational Safety and Health (NIOSH) celebrates one hundred years of respirator protection and certification with the first annual Respiratory Protection Week.
A century ago, the U.S. Bureau of Mines initiated the first respirator certification program and certified the first respirator to protect miners from oxygen-deficient and toxic atmospheres. Since 1919, through two world wars and the introduction of chemical warfare agents, various inhalation and environmental threats, and advances in science and technology, respirator protection expanded and became even more exact and adequate for a variety of industries and occupations, standards were developed, and there was a significant move from advisory to mandatory protection.
Today, NIOSH’s National Personal Protective Technology Laboratory (NPPTL) is responsible for respirator certification and carries out research, testing and related activities specific to respirator protection and other protective equipment. While the appearance of respirators has changed over the years, the goal remains the same: to protect workers from respiratory hazards on the job, from emergency responders who are first to enter a hazardous scene to healthcare providers treating patients with Ebola to life’s evergreen exposures and future emergencies.
“Respiratory Protection Week honors both the history and the future of the efforts by researchers and practitioners to protect workers from airborne toxins,” said NIOSH Director John Howard, M.D. “NIOSH’s own ongoing work in respiratory protection represents both a century’s worth of experience in preventing disease for millions of working men and women who have relied on respirators to protect their lungs, and a new century’s research in developing improvements in respiratory protection.”
Respiratory protection is the cornerstone of NPPTL’s efforts. One of the primary functions of the laboratory is to carry out testing procedures and recommend respirators for approval, therefore ensuring a level of standard filter efficiency for all respirators used within a U.S. workplace setting. NPPTL’s respirator certification program exists to increase the level of worker protection from airborne chemicals and vapors and therefore reduce the amount of worker illnesses.
Since 2012, NIOSH has recognized September 5 as N95 Day, raising targeted awareness of respiratory protection and specifically of N95s, the most common type of particulate filtering facepiece respirators. This year, N95 Day has expanded to Respiratory Protection Week.
Please join NIOSH in recognizing Respiratory Protection Week September 3-6 and viewing a historical timeline of 100 Years of Respiratory Protection. Read more about NIOSH’s National Personal Protective Technology Laboratory and how it addresses inhalation hazards, dermal hazards, and other hazardous environmental threats within an occupational setting.
Free Amazon HD 10 Tablet with RCRA and DOT Training

Annual training is required by 40 CFR 262.17(a)(7).  Learn how to complete EPA’s new electronic hazardous waste manifest, and the more than 60 changes in EPA’s new Hazardous Waste Generator Improvements Rule.  Environmental Resource Center’s Hazardous Waste Training is available at nationwide locations, and via live webcasts.  If you plan to also attend DOT hazardous materials training, call 800-537-2372 to find out how can get your course materials on a new Amazon Fire HD 10 tablet at no extra charge.
Illinois to Ban BPA 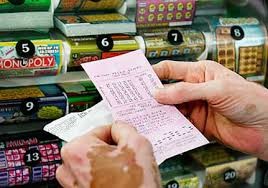 Bisphenol-A, a chemical found in many consumer products and cash register receipts will now prohibited from being used in Illinois based on a new law sponsored by State Senator Ann Gillespie (D-Arlington Heights).
“Retail employees and consumers are exposed to BPA every time they handle a receipt,” said Gillespie. “We must protect our workers, and ensure a safe work environment free from potential harm.”
BPA has been banned from being used in other products such as water bottles and packaging for infant care products. Illinois is the second state to ban BPA in receipt papers, following a similar ban in Connecticut.
House Bill 2076, which bans the use of BPA, was signed by Illinois Governor Pritzker on August 23, and will takes effect on Jan 1, 2020.  On the same day, the Governor signed HB 2460, which encourages all public funds to have a sustainable investment policy.
Oilfield Company Ordered to Pay $2.1 Million in Fine and Restitution for Worker Death

An oilfield services company pleaded guilty and was sentenced on August 28 in federal court in Bismarck, North Dakota, on charges related to the death of an oilfield worker, the Department of Justice announced.
The victim, Dustin Payne, worked for Nabors Completion and Production Services (NCPS) at its Williston, North Dakota facility.  On Oct. 3, 2014, Payne welded on an uncleaned tanker trailer that had previously carried “production water” or “saltwater,” a liquid waste generated by oil wells that contains flammable chemicals.  The tank exploded and Payne was fatally injured.  A Marine Corps veteran of campaigns in Iraq and Afghanistan, Payne had recently moved to North Dakota to work in the booming oil industry.  He was 28 years old.
Federal law makes it illegal to weld on tanks or other containers that have not been thoroughly cleaned to remove all flammable materials and explosion hazards.
The defendant, C&J Well Services, is the corporate successor to NCPS.  NCPS knew that it was against the law to weld on uncleaned tanks and had written policies prohibiting the practice.  NCPS policies mandated special training for welders and internal auditing procedures to make sure that welding rules were actually being followed.  However, NCPS did not provide welding-specific training to Payne or other welders at the Williston facility, did not effectively supervise the work of the Williston welders, did not require the welders to obtain hot work permits prior to welding and did not follow internal auditing procedures.  As a result, Payne and other welders repeatedly welded on uncleaned tanks that contained flammable hydrocarbon residue.
C&J pleaded guilty to a willful violation of the standard requiring that tanks be cleaned before welding.  U.S. District Judge Daniel L. Hovland sentenced C&J to pay a $500,000 fine, $1.6 million in restitution to the victim’s estate, and a three-year term of probation, during which C&J must allow the Occupational Safety and Health Administration (OSHA) to inspect its facilities and equipment across the country without a warrant, without advance notice and without a specified inspection reason.
“Company safety policies and compliance monitoring programs that are not implemented, existing only as theoretical paper tigers, do not in fact protect workers,” said Assistant Attorney General Jeffrey Bossert Clark for the Justice Department’s Environment and Natural Resources Division. “Employers that willfully fail to follow workplace safety laws will be prosecuted to the fullest extent of the law.”
“The North Dakota oil industry attracts thousands of workers from across the country for the prospect of well-paying jobs, and many of those workers initially lack significant oilfield experience,” said U.S. Attorney Drew H. Wrigley for the District of North Dakota.  “Companies have an obligation to educate North Dakota workers and when they fail to meet those obligations, we will hold them accountable.”
“Federal law has long prohibited welding on uncleaned tanks and employers must comply with these standards to protect their workers,” said Loren Sweatt, Principal Deputy Assistant Secretary of Labor for Occupational Safety and Health at the U.S. Department of Labor.  “OSHA vigorously enforces these standards and, when necessary, will make criminal referrals to the Justice Department to prevent future injuries and fatalities.”
“On behalf of the Inspector General, I offer our deepest condolences to the family and friends of Dustin Payne whose tragic death resulted from the willful violation of a Federal safety standard designed to safeguard against dangerous conditions and incidents such as this,” said Andrea M. Kropf, Regional Special Agent-in-Charge at the Department of Transportation Office of Inspector General.  “Together with our law enforcement and prosecutorial partners, we are committed to pursuing companies who put the lives of those working in the transportation industry and the public at large at risk.”
Safety News Links
Do Personal Air Monitors Work?
Sick and Dying Workers Seek Help after Cleaning Coal Ash
The Toxic Waste Threat that Climate Change is Making Worse
Man Working in Trench on Disney Property Dies After Steel Plate Falls on Him
Worker Injured in Accident at Genesee Global Group
Jan 17
2022

This January, Save Lives by Te...