EPA Could Change How It Calculates the Financial Effects of Regulations 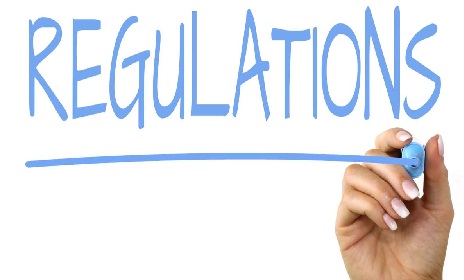 The way that the EPA determines the costs and benefits of regulations is under scrutiny and could soon change, according to an article in Chemical & Engineering News (C&EN), the weekly newsmagazine of the American Chemical Society.
Since the 1980s, federal agencies — including EPA — have calculated the financial costs and benefits of proposed regulations, says Senior Correspondent Cheryl Hogue. The general idea of running the numbers to show that the benefits outweigh the costs isn’t up for debate, but EPA is now taking a long, hard look at one aspect of the process. Currently, the analysis takes into account the side benefits, or cobenefits, of a regulation. For example, in 1985, EPA reduced the amount of lead allowed in gasoline. Lead is neurotoxic, but lowering lead levels had the cobenefit of also potentially reducing smog, which can cause health problems.
Although some experts consider this practice a “win-win,” some states, conservative groups and parts of the utility industry claim that adding cobenefits into the mix can be an accounting gimmick to support expensive regulations. They point to EPA’s 2012 rule requiring power plants to slash mercury emissions. In this example, the cobenefit of also slashing fine particulate matter levels was responsible for nearly all of the estimated benefits for the calculation, which has opponents crying foul.
Hazardous Waste Training

Annual hazardous waste training is required for anyone who generates, accumulates, stores, transports, or treats hazardous waste. Learn how to manage your hazardous waste in accordance with the latest state and federal regulations.  Learn how to complete EPA’s new electronic hazardous waste manifest, and the more than 60 changes in EPA’s new Hazardous Waste Generator Improvements Rule.  Environmental Resource Center’s Hazardous Waste Training is available at nationwide locations, and via live webcasts.  If you plan to also attend DOT hazardous materials training, call 800-537-2372 to find out how can get your course materials on a new Amazon Fire HD10 tablet at no extra charge.
Corporate Officers Plead Guilty Clean Water Act Offenses

Two former corporate officers of USA Brass Company, Inc. a Bozeman-based company that cleaned and polished spent ammunition casings for resale and reuse, pled guilty to separate offenses related to the company’s unauthorized discharges of lead-contaminated waste water into the City of Bozeman Montana’s sewer system in 2013.  U.S. Magistrate Jerimiah Lynch presided over the plea hearings held in Missoula on August 2 and August 9.
Zachary Daniel Flanagan, former Chief Executive Officer of USA Brass, pled guilty to a felony false statement offense for making false representations to the pretreatment coordinator for the City of Bozeman’s Publicly Owned Treatment Works (POTW) regarding the nature of lead-contaminated industrial waste water generated by USAB to gain permission to discharge the wastewater into the city’s sewer system.
Flanagan pled guilty to falsely stating in a November 2013 email to the pretreatment coordinator that USAB’s laboratory analysis of the waste water had been reviewed by an environmental consultant who concluded that the lead-contaminated waste water “would be fine to send down the sewer.”  Flanagan admitted that the statement was false because the consultant had not reviewed analytical results and had not concluded that the waste water was suitable for discharge to the city sewer.  Sentencing for Flanagan is scheduled for November 15, 2018.
Nolan Michael Schimpf, former Chief Production Officer of USA Brass, pled guilty to a misdemeanor count under the federal Clean Water Act for negligently discharging the lead-contaminated waste water into the Bozeman POTW without authorization from September 2013 to December 2013, in violation of the City’s pretreatment program that regulates industrial discharges of pollutants into the City’s Publicly Owned Treatment Works. Schimpf is scheduled to be sentenced on November 16, 2018.
The EPA’s criminal investigation into the company’s waste water disposal practices followed a 2013 OSHA investigation into lead exposure of workers at the USA Brass facility that resulted in OSHA citations for worker safety violations.  USA Brass has since closed the Bozeman business.
"The defendants jeopardized public health and safety by discharging lead contaminated wastewater into public sewage systems, and lied to a local City official to obtain permission for the discharges,” said Special Agent in Charge Jeffrey Martinez of EPA’s Criminal Investigation Division in Montana.  “This case sends a clear signal that EPA will hold accountable those who violate laws designed to protect our communities and the environment.”
Address Change for Hazardous Waste Import/Export Notices 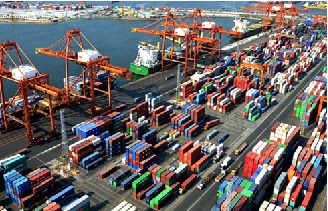 EPA Region 7 has reached an administrative settlement with GBW Railcar Services, LLC, to resolve violations of the Resource Conservation and Recovery Act (RCRA). The agreement is expected to improve the company’s management of hazardous waste at six facilities in Kansas and Nebraska.
The company will take steps to ensure its operations are complying with environmental regulations that protect communities and the environment from potential exposure to hazardous waste.
“This agreement underscores EPA’s commitment to making sure the transportation industry is properly storing, managing, and disposing of hazardous wastes,” said EPA Region 7 Administrator Jim Gulliford. “It is important that the numerous other railcar and tanker truck facilities with similar operations understand and implement correct procedures to protect communities across our region.”
EPA alleged GBW to be in violation of several RCRA requirements at six of its facilities in Coffeyville, Cummings, Junction City, and Neodesha, Kansas; and Omaha, Nebraska. These violations included:
GBW is required to submit documentation within 60 days to EPA for each facility to demonstrate that accurate hazardous waste determinations have been performed. GBW will also submit two Bi-Annual Compliance Reports to EPA to demonstrate ongoing compliance with RCRA. As part of the settlement, the company has also agreed to pay a civil penalty of $150,731.
RCRA gives EPA the authority to regulate hazardous waste from creation to disposal. This includes the generation, transportation, treatment, storage, and disposal of hazardous waste. GBW facilities manage ignitable, corrosive, and toxic hazardous wastes that could potentially affect surrounding groundwater and surface water. EPA actively seeks to prevent potential catastrophic events by enforcing safeguards and preventative measures.
Oakland Companies Fined for Clean Water Act Violations 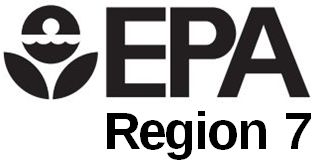 EPA announced settlements with four Oakland companies—Sierra Pacific Ready Mix, Argent Materials, National Recycling Corporation, and Nor-Cal Rock—over Clean Water Act violations. Under the terms of the settlements, the companies will pay a combined $137,000 in civil penalties and will better manage stormwater runoff.
“San Francisco Bay, a National Estuary, provides crucial fish and wildlife habitat in an urban area of over seven million people,” said EPA Pacific Southwest Regional Administrator Mike Stoker. “It is essential that industrial facilities protect the bay, and those who depend on its ecological health, from polluted stormwater.”
EPA partnered with the San Francisco Bay Regional Water Quality Control Board to inspect concrete, motor vehicle parts and recycling facilities in East and West Oakland. The inspections were part of an initiative by the California Environmental Protection Agency's (CalEPA) statewide Environmental Justice Task Force, which focuses compliance and enforcement efforts related to air, water, toxics, solid waste, and pesticides.
“By coordinating the work of multiple agencies, CalEPA’s EJ Task Force is taking a comprehensive approach to addressing pollution in California’s poorest and most burdened communities,” said California Secretary for Environmental Protection Mathew Rodriquez. “These settlements, just the latest enforcement actions to result from our Oakland initiative, will help protect San Francisco Bay from stormwater pollution by industrial facilities.”
EPA conducted a total of six inspections between February and March 2017, which resulted in enforcement actions against:
Each of the companies failed to develop and implement an adequate stormwater pollution prevention plan and failed to use best management practices designed to prevent contaminants from entering stormwater. Sierra Pacific Ready Mix and Nor-Cal Rock also discharged stormwater containing industrial pollutants without first obtaining a permit.
Nebraska Draft Infrastructure SIP for the 2015 Ozone NAAQS 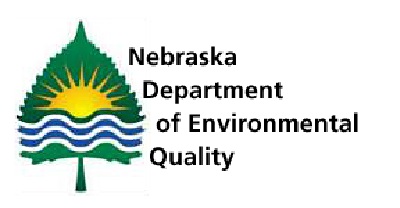 The Nebraska Department of Environmental Quality’s draft Infrastructure State Implementation Plan (SIP) for the 2015 Ozone National Ambient Air Quality Standards (NAAQS) is now available for public review and comment. If requested, an opportunity for public hearing is available on September 11, 2018, at 9:30 am at NDEQ’s Lincoln offices. If no request for a public hearing is received during the 30-day notification and comment period, the hearing will be cancelled. Cancellation of the public hearing will be announced on Monday, September 10, on this web page and you may call the main agency number 402-471-2186 or 877-253-2603 to inquire if the hearing has been cancelled.
This plan describes how the department will implement, maintain, and enforce the 2015 Ozone NAAQS, and will be submitted to EPA in October 2018. This standard was revised in 2015 and the Clean Air Act (CAA) requires that each state submit a state implementation plan within three years of EPA issuing the standard.
During the 30-day public comment period, written comments regarding this plan may be submitted to NDEQ at NDEQ.AirQuality@nebraska.gov. All comments received through 3:30 PM on September 7, 2018 will be considered.
Upon finalization, NDEQ will submit the Infrastructure SIP for the 2015 Ozone NAAQS to EPA Region 7 for review and approval as required by the CAA.
Northwest Shingle Recyclers Fined $230,094 for illegal Disposal
The Oregon Department of Environmental Quality has fined Portland-based Northwest Shingle Recyclers LLC and its owner Gregory Bolt $230,094 for illegally disposing of asphalt roofing shingles in Canby.
DEQ has ordered Northwest Shingle Recyclers and Bolt to remove and properly dispose of the shingles. Most of the fine—about $224,000—is the amount the company gained by avoiding the cost of proper disposal. If the company complies with the order, DEQ will recalculate and reduce the fine.
Improper disposal of asphalt roofing shingles can leach contaminants such as zinc, lead and polyaromatic hydrocarbons, or PAHs, into soil and groundwater. These contaminants are harmful to people’s health and the environment.
The company has appealed the violations.
Environmental News Links
Environmental Regulations Drove Steep Declines in Us Factory Pollution
EPA's New Asbestos Rule: Philadelphia Doctors Call It a Death Sentence
EPA Staff Objected to Agency’s New Rules on Asbestos Use, Internal Emails Show
Train Derails, Dumps 4,000 Gals Fuel, Waste Into Delaware
Administration Moves to Open 1.6 Million Acres to Fracking, Drilling in California
Suzuki, Mazda, Yamaha Admit Using Fake Vehicle Emission Data
Trivia Question of the Week
Click here to take the Trivia Question of the Week
May18
2020