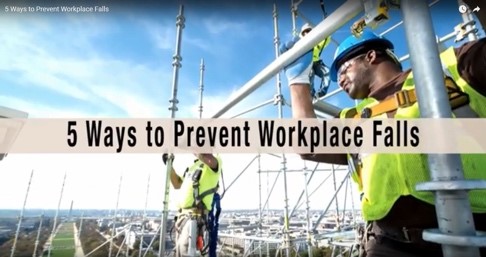 OSHA will join with occupational safety organizations for the 6th annual National Fall Prevention Safety Stand-Down, May 6-10, 2019. The week-long event will focus attention on preventing falls in construction, the leading cause of fatalities in the industry.
The national stand-down encourages employers and workers to pause voluntarily during the workday for safety demonstrations, training in hazard recognition and fall prevention, and talks about hazards, protective methods, and the company’s safety policies, goals and expectations.
“Falls can be prevented when employers train and educate workers about these hazards properly and provide appropriate protection,” said Acting Assistant Secretary of Labor for Occupational Safety and Health Loren Sweatt. “This should be a priority during the first week of May and must be a priority every day. OSHA has tools readily available for employers and workers to address the prevention of fall hazards.”
OSHA anticipates thousands of work sites and millions of workers to observe the stand down worldwide in 2019. To help guide their efforts, the Agency’s fall prevention webpage provides information on how to conduct a successful event, and educational resources in English and Spanish, including:
OSHA encouraged employers to provide feedback after their events, and to obtain a personalized certificate of participation.
The national safety stand-down is part of OSHA’s fall prevention campaign, and was developed in partnership with the National Institute for Occupational Safety and Health, National Occupational Research Agenda, and The Center for Construction Research and Training (CPWR). To learn more about preventing falls in construction, visit OSHA’s Fall Prevention Campaign page.
Concrete Finisher Electrocuted When Bull Float Contacted an Energized Power Line

The US Chemical Safety Board released a letter calling on the EPA, to review its existing Hydrofluoric Acid (HF) study to determine the effectiveness of existing regulations as well as the viability of utilizing inherently safer alkylation technologies in petroleum refineries.
44-Year-Old Fire Fighter Suffered Sudden Cardiac Arrest at Station

A career fire fighter completed a physical ability test at the beginning of her 24-hour shift and then reported to the station and was assigned as the driver of a unit. The fire fighter and her crew responded to two emergency calls later that morning. After returning to the station, the fire fighter went into cardiac arrest. The fire fighter was pronounced dead at the hospital. Read the NIOSH Fatality Assessment and Control Evaluation here.
Alabama Packaging Manufacturer Cited for Safety Violations After Two Employees Suffered Injuries 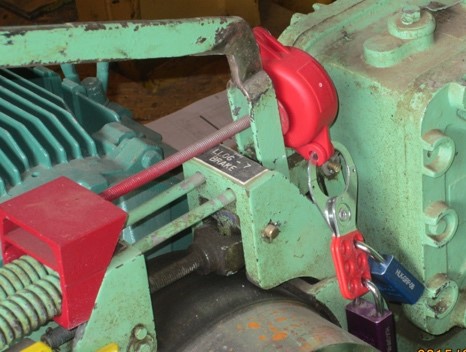 OSHA has cited Ampac Mobile Holdings LLC – operating as ProAmpac – for exposing employees to caught-in and struck-by hazards at the packaging manufacturer's facility in Mobile, Alabama. The company faces $75,156 in penalties.
An employee suffered a severe hand injury after being caught in a piece of equipment. In a separate incident, another employee sustained a finger laceration when struck by moving machine parts. OSHA inspectors determined that the employer failed to use machine guarding, and lockout/tagout procedures to control hazardous energy while maintaining or servicing machinery. The inspection is part of OSHA's National Emphasis Program on Amputations.
"A comprehensive safety and health program, to include an evaluation and correction for amputation hazards, could have identified and prevented these injuries," said OSHA Acting Mobile Area Office Director Jose Gonzalez.
The company has 15 business days from receipt of the citations and proposed penalties to comply, request an informal conference with OSHA's area director, or contest the findings before the independent Occupational Safety and Health Review Commission.
Chemical Manufacturer Fined Over $107,000 for Exposing Workers to Fire and Burn Hazards at Georgia Worksite

OSHA has cited Plaze Aeroscience – operating as Plaze GA – for exposing employees to fire and burn hazards at the company's facility in Dalton, Georgia. The specialty chemical manufacturer faces $107,164 in penalties.
OSHA cited the company for not providing and ensuring employees used flame-retardant clothing while compounding flammable liquids and combustible dusts, and failing to provide training on specific hazards of chemicals. The Agency also issued citations for the following:
OSHA conducted the inspections in accordance with the National Emphasis Programs for Combustible Dust and Process Safety Management of Covered Chemical Facilities.
"Working with chemicals and combustible dusts involves inherent dangers," said OSHA Acting Atlanta-West Area Office Director Keith Hass. "When employers fail to recognize and eliminate hazards associated with this type of work, they place their workers at greater risk for serious or fatal injuries."
Investigation Finds Hospital Employees Exposed to Workplace Violence Hazards

OSHA has cited UHS of Denver Inc. – doing business as Highlands Behavioral Healthcare System and based in Highlands Ranch, Colorado – for failing to protect employees from violence in the workplace. The company faces penalties of $11,934.
OSHA opened an investigation at the acute psychiatric treatment facility after receiving a complaint of workplace violence in October 2018. Investigators found numerous documented incidents of workplace violence that resulted in injuries to employees. OSHA issued one serious citation for failing to implement adequate measures to protect employees from workplace violence hazards.
The company has 15 business days from receipt of the citations and penalties to comply, request an informal conference with OSHA’s area director, or contest the findings before the independent Occupational Safety and Health Review Commission.
Safety News Links
American Workplaces May be Getting More Dangerous
Clearing an Icy Windshield Is About to Get Easier
NIOSH Factsheet: Preventing Falls
Construction Crane Falls on Vehicles in Seattle, Killing Two Workers and Two People in Cars
May18
2020