Annual hazardous waste training is required for anyone who generates, accumulates, stores, transports, or treats hazardous waste. Learn how to manage your hazardous waste in accordance with the latest state and federal regulations.  Learn how to complete EPA’s new electronic hazardous waste manifest, and the more than 60 changes in EPA’s new Hazardous Waste Generator Improvements Rule.  Environmental Resource Center’s Hazardous Waste Training is available at nationwide locations, and via live webcasts.  If you plan to also attend DOT hazardous materials training, call 800-537-2372 to find out how can get your course materials on a new Amazon Fire HD10 tablet at no extra charge.
FMCSA Wants Comment on Revising Current Hours-of-Service Regulations for Interstate Truck Drivers

The Federal Motor Carrier Safety Administration (FMCSA) is seeking public comment on revising four specific areas of current hours-of-service (HOS) regulations, which limit the operating hours of commercial truck drivers.
The upcoming Advanced Notice of Proposed Rulemaking (ANPRM), which will be published in the Federal Register, responds to widespread Congressional, industry, and citizen concerns and seeks feedback from the public to determine if HOS revisions may alleviate unnecessary burdens placed on drivers while maintaining safety on our nation’s highways and roads.  The comment period will be open for 30 days.
The four areas under consideration for revision are:
In addition, the ANPRM seeks public comment and relevant data on two recently submitted petitions requesting regulatory relief from HOS rules 1) pertaining to the 14-hour on-duty limitation (filed by the Owner-Operators Independent Drivers Association) and 2) pertaining to the 10-hour off-duty requirement (filed by TruckerNation).
Earlier this year, the congressionally mandated electronic logging device (ELD) rule, which required most FMCSA-regulated motor carriers to convert their records from paper to an electronic format, became effective. While compliance with the ELD rule has reached nearly 99% across the trucking industry, it has also brought focus to HOS regulations, especially with regard to certain regulations having a significant impact on agriculture and other sectors of trucking.
Additional information on the ANPRM, including how to submit comments to the Federal Register docket, is available here. Further information is available here. Information on current HOS regulations is available here.
Information on electronic logging devices (ELDs) carried on-board long-haul trucks and used by commercial vehicle enforcement officers to check compliance with HOS regulations is available here.
Florida Roofing Company Faces Penalties for Exposing Employees to Fall and Other Safety Hazards

OSHA has cited Coastal Roofing Inc. for exposing employees to fall and other hazards at a St. Johns, Florida, worksite. The Jacksonville-based roofing company faces $105,283 in proposed penalties.
OSHA investigated the company as part of the Agency's Regional Emphasis Program on Falls in Construction. Coastal Roofing was cited for failing to ensure employees utilized a fall protection system. OSHA also cited the contractor for failing to ensure employees utilized eye protection and not extending a portable ladder 3 feet above the roof landing. OSHA cited the company for similar safety violations in January 2018.
"The use of fall protection is not an option - it is a legal requirement that saves lives," said OSHA Jacksonville Acting Area Office Director Michelle Gonzalez. "This company's continued failure to comply with fall protection standards puts the lives of its employees at risk for serious or fatal injury."
Thorpe Plant Services and Steel Dust Recycling Fined After Employee Hospitalized for Fall
OSHA has cited Thorpe Specialty Services Corp. - operating as Thorpe Plant Services Inc. - and Steel Dust Recycling LLC for fall and confined space hazards after an employee was hospitalized following a 30-foot fall at Steel Dust's Millport, Alabama, facility. Thorpe Plant Services faces $175,528 in proposed penalties; Steel Dust's penalties total $28,270.
OSHA cited Thorpe the maximum allowable penalty for exposing employees to fall hazards. The Agency also cited the company for failing to conduct atmospheric monitoring before allowing employees to enter a confined space; failing to develop a permit prior to employees entering a confined space; and to ensure emergency services were provided when employees entered a permit-required confined space. OSHA cited Steel Dust for exposing employees to fall hazards, failing to implement their permit space entry program, and not advising Thorpe that the required work involved a permit space entry.
"Both companies' failure to comply with fall prevention requirements led to a serious injury that could have been prevented," said OSHA Birmingham Area Office Director Ramona Morris.
Scientists Develop New Method to Screen for Chemical Exposures 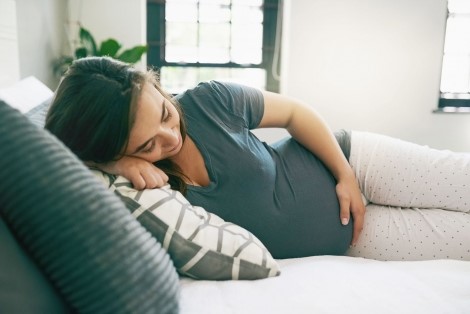 Each year, tens of thousands of chemicals are manufactured in or imported into the United States – more than 30,000 pounds of industrial chemicals for every American – yet experts know very little about which chemicals may enter people’s bodies, or how these substances affect human health.
Now, scientists at UC San Francisco have found a way to screen people’s blood for hundreds of chemicals at once, a method that will improve our ability to better assess chemical exposures in pregnant women, and to identify those exposures that may pose a health risk.
The scientists used a technique known as high-resolution mass spectrometry, which identifies chemicals by their molecular weight, to screen blood samples taken from pregnant women in San Francisco. This enabled them to scan a much larger number of chemicals at once than previous methods, which typically target about a dozen chemicals at a time. They scanned about 700 chemicals in the current study, finding, on average, 56 different suspect chemicals in the women’s blood.
“As we suspected, more chemicals are present in pregnant women than previously identified, some of which may be hazardous to the developing fetus and to adults,” said Tracey Woodruff, PhD, the senior author of the study, published in Environmental Health Perspectives. Woodruff is a professor in the Department of Obstetrics, Gynecology and Reproductive Sciences and the director of the Program on Reproductive Health and the Environment at UCSF “This also helps us prioritize chemicals for further study and prevention.
UCSF’s work contributes to the broader scientific initiative to measure the “exposome,” or the totality of human environmental exposures from conception, so researchers and policy makers can determine which chemicals or combinations of chemicals are contributing to health problems. “Screening for chemicals in a person is like finding needles in a haystack – there are thousands of chemicals in blood that come from different sources, so we need an efficient method to find those that matter,” said Aolin Wang, PhD, a postdoctoral scholar in the PRHE in the UCSF Department of Obstetrics, Gynecology and Reproductive Sciences, and the study’s first author.
The new method screens for environmental organic acids (EOAs), compounds that have at least one ionizable proton and can be measured with the method, which detects the relative abundance of ions in a sample.
EOAs are widely used in pesticides and consumer products, and some, such as bisphenol-A, methylparaben, and triclosan, have chemical structures that are similar to hormones. They can cause endocrine disruption, which makes them particularly dangerous to pregnant women and their developing fetuses, since the chemicals may interfere with development.
People are exposed to these and other similar chemicals by using products, eating contaminated food, drinking contaminated water, or breathing contaminated air and dust.  The researchers first compiled a chemical database of 696 EOAs from a variety of publicly available sources, including the U.S. Environmental Protection Agency, the National Health and Nutrition Examination Survey (NHANES), the California EPA, as well as private databases and data from the scientific literature.
They then analyzed maternal blood collected from pregnant women at two different hospitals: the Zuckerberg San Francisco General Hospital, which serves mostly low-income women of color who do not have health insurance; and UCSF Medical Center at Mission Bay, which serves an economically and ethnically diverse population, including women of higher socioeconomic status.
“Our findings indicate numerous chemical exposures across the populations of pregnant women studied,” said Rachel Morello-Frosh, PhD, a professor of environmental science, policy and management at UC Berkeley and an author of the study. “Additionally, low-income women and women of color often face a disproportionate burden of social and environmental stressors that are linked to poor health outcomes.”
After the initial screening of the women’s blood, which revealed between 32 and 73 suspect chemicals per woman, the researchers used a more refined method to confirm the presence of a subset of these chemicals. They found six chemicals that had not been previously documented in pregnant women's blood, two of which – 2,4-Dinitrophenol and pyrocatechol – may cause genetic defects, harm fertility or damage the fetus, or have carcinogenic effects.
Another chemical found in the study, 2,4-Di-tert-butylphenol, is a widely detected estrogenic compound. It is used in food-related plastic products, as well as plastic pipes and water bottles. In Europe, it has been found to migrate from water bottles and electric kettles made from chemical substitutes for bisphenol-A, an estrogen mimic that is being phased out.
“Our success with the current suspect screening approach indicates that this method can provide new insights regarding human exposures to potentially dangerous chemicals,” said Woodruff. “Our results raise concerns about pregnant women’s chemical exposures and can be used to inform evidence-based approaches to protect human health.”
Other authors of the study include Roy Gerona, PhD, Jackie M. Schwartz, MPH, Thomas Lin, and Marina Sirota, PhD, all of UCSF. The Toxic Matters brochure series from PRHE provides information on how to reduce chemical exposures.
States Sue Trump Administration for Abandoning Longstanding Protections For Migratory Birds

New research published in Environmental Toxicology & Chemistry reveals that low doses of a commonly used pesticide potentially harm the Northern Leopard frog by inhibiting their brain development.
The pesticide chlorpyifos, which has been used since 1965 in both agricultural and non-agricultural areas, had clear effects on Northern Leopard tadpoles' neurodevelopment, even in situations where the pesticide did not cause a decline in the amphibians' food source.
"Organophosphorous pesticides contaminate surface waters throughout the U.S. exposing both animals and humans to these chemicals, often at very low, presumably innocuous levels. However, this study demonstrates that exposure to these contaminants, even at these low concentrations, impacts vertebrate neurodevelopment," said lead author Sara McClelland, of Duquesne University, in Pittsburgh.
Safety News Links
Air Pollutants May Cause Dementia
Washington Considering Adoption 2020 Version of NFPA 70
Oct 19
2020