California’s Office of Environmental Health Hazard Assessment (OEHHA) has proposed a change in the method for calculating the level of exposure to chemicals listed under Proposition 65 as known to cause reproductive toxicity. The proposed regulation was originally the subject of a Notice of Proposed Rulemaking published on October 5, 2018, in the California Regulatory Notice Register (Register No. Z2018-0925-07), which initiated a 45-day public comment period.  A public hearing was held on November 19, 2018.
After reviewing the comments received, OEHHA has modified the proposed regulation in Section 25821(a) to state that the concentration of a listed chemical in a food product may be based on the concentration in the product as it is offered for sale to the end consumer, even if the product contains ingredients sourced from different manufacturers or producers. For example, where grains are harvested from multiple farms and are then mixed together at a manufacturing facility, the concentration of a listed chemical in the mixture can be measured in the finished product as it is offered for sale to the consumer (i.e., in a bag, box or other container).
In addition, OEHHA is not proceeding at this time with the amendment to Section 25821(c)(2), which would have established the arithmetic mean as a default in calculating the reasonably anticipated rate of intake or exposure for average users of a consumer product.  Therefore, OEHHA is no longer proposing a change to Section 25821(c)(2) as part of this rulemaking.
The full regulatory text with the modified language provided in double underline and double strikeout format is available on request from Monet Vela in the OEHHA Legal Office at monet.vela@oehha.ca.gov or 916-323-2517.
Free Amazon HD 10 Tablet with RCRA and DOT Training

Annual hazardous waste training is required for anyone who generates, accumulates, stores, transports, or treats hazardous waste. Learn how to manage your hazardous waste in accordance with the latest state and federal regulations. Learn how to complete EPA’s new electronic hazardous waste manifest, and the more than 60 changes in EPA’s new Hazardous Waste Generator Improvements Rule. Environmental Resource Center’s Hazardous Waste Training is available at nationwide locations, and via live webcasts. If you plan to also attend DOT hazardous materials training, call 800-537-2372 to find out how can get your course materials on a new Amazon Fire HD 10 tablet at no extra charge.
Long Island Construction Company Cited for Fall Hazards After Fatal Structure Collapse

OSHA cited Northridge Construction Corp. for willful and serious violations of workplace safety standards at the company's headquarters in East Patchogue, New York. The company faces $224,620 in penalties.
In December 2018, an employee suffered fatal injuries when a structure collapsed during installation of roof panels on a shed. OSHA inspectors determined that the company failed to provide fall protection and protective helmets, did not ensure the structural integrity of the roof, and misused a ladder.
"Fall-related fatalities are preventable if employers use required fall protection systems, such as guardrails or personal fall arrest systems," said OSHA Long Island Area Director Anthony Ciuffo. "OSHA standards are legal requirements that every employer must follow to ensure workers are protected from serious injuries."
Northridge Construction has contested the citations and proposed penalties to the independent Occupational Safety and Health Review Commission.
Link Between Exposure to World Trade Center Dust and Prostate Cancer 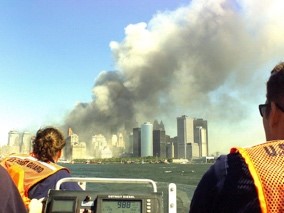 World Trade Center (WTC) responders with prostate cancer showed signs that exposure to dust from the World Trade Center site had activated chronic inflammation in their prostates, which may have contributed to their cancer, according to a study by Mount Sinai researchers in Molecular Cancer Research in June.
Inflammation has long been considered an important factor in prostate cancer progression. Researchers looked at the inflammatory and immune systems of World Trade Center responders to help prevent new prostate cancer cases in that group and to understand how other large-scale environmental exposures to multiple carcinogens may develop into cancer.
This is the first study of people who were exposed to the WTC dust and who subsequently developed prostate cancer. This research and further study of the expression of genes and pathways in other patients whose environmental exposures caused inflammation could lead to clinical trials that offer anti-inflammatory or immune-targeted therapies in similar cases.
“World Trade Center responders show an overall increase in cancer incidence, and specifically of certain cancer types such as prostate cancer,” said Emanuela Taioli, MD, PhD, Director of the Institute for Translational Epidemiology at the Icahn School of Medicine at Mount Sinai and Associate Director for Population Science at The Tisch Cancer Institute. “It is important to address the reasons why this is happening in order to prevent new cases in this aging cohort. Our findings represent the first link between exposure to World Trade Center dust and prostate cancer.”
This work pairs data from first responders and from a study of rats exposed to actual dust from Ground Zero. The dust samples, which contain metals and organic compounds such as polycyclic aromatic hydrocarbons and polychlorinated biphenyl, are unique because they are the only existing samples taken on September 11, 2001. All other dust samples were collected after a significant storm on September 14, 2001.
Both the human and rat prostate cancer tissues show an increase in cells that indicate inflammation, specifically immune cells called T helper cells. Studies of the rat tissue and prostate cancer tissue samples taken from responders indicated to the Mount Sinai researchers that chronic inflammation started occurring in the prostate after exposure to the World Trade Center dust, and that inflammation may have contributed to prostate cancer.
“Several years ago, I saw a first responder in his 40s who began having symptoms of prostatitis, a painful condition that involves inflammation of the prostate, soon after exposure to the World Trade Center dust,” said William Oh, MD, Chief of the Division of Hematology and Medical Oncology at the Icahn School of Medicine at Mount Sinai and Deputy Director at The Tisch Cancer Institute. “He ultimately developed a high-grade prostate cancer several years later. It suggested to me that there might be a link between his exposure and cancer, but I knew that I would need to examine it systematically.”
This study was sponsored by grants from the U.S. Centers for Disease Control and Prevention, the National Institute for Occupational Safety and Health, the National Institutes of Health, and the National Institute of Environmental Health Sciences.
Safety News Links
Why do Mosquitoes Choose Us?
Volk Field Worker Killed While Replacing Runway Lightbulbs
Cruise Ship Worker Killed by Window Washing Machine
Worker Killed by Remote Controlled Crane
Worker Killed in North Hollywood Industrial Accident
Oct 19
2020