OSHA has requested information and comment on Table 1 of the agency’s Respirable Crystalline Silica Standard for Construction. OSHA is seeking information on additional engineering and work practice control methods to effectively limit exposure to silica for the equipment and tasks currently listed on Table 1. The agency is also requesting information about other construction equipment and tasks that generate silica that it should consider adding to Table 1, along with information about their associated engineering and work practice control methods.
In addition, OSHA has requested comments about whether to revise paragraph (a)(3) of the Respirable Crystalline Silica Standard for General Industry to broaden the circumstances under which general industry and maritime employers would be permitted to comply with Table 1 of the silica standard for construction.
Information submitted will allow OSHA to consider new developments and enhanced control methods for equipment that generates exposures to silica and provide additional data on exposures to silica from equipment and tasks using a variety of control methods under different workplace conditions. Expanding Table 1 to include additional engineering and work practice control methods, equipment, and tasks could provide employers with more flexibility and reduce regulatory burdens while maintaining protections for employees.
If information submitted in response to this request indicates that revisions to the silica standards are needed, the agency will then publish the proposed revisions in the Federal Register for public comment.
Comments must be submitted by October 14, 2019. Comments and materials may be submitted electronically at http://www.regulations.gov, the Federal e-Rulemaking Portal, or by facsimile or mail. See the Federal Register notice for submission details.
Free Amazon HD 10 Tablet with RCRA and DOT Training

Annual training is required by 40 CFR 262.17(a)(7). Learn how to manage your hazardous waste in accordance with the latest state and federal regulations.  Learn how to complete EPA’s new electronic hazardous waste manifest, and the more than 60 changes in EPA’s new Hazardous Waste Generator Improvements Rule.  Environmental Resource Center’s Hazardous Waste Training is available at nationwide locations, and via live webcasts.  If you plan to also attend DOT hazardous materials training, call 800-537-2372 to find out how can get your course materials on a new Amazon Fire HD 10 tablet at no extra charge.
California’s Response to EPA’s Decision on Glyphosate

On August 8, 2019, the EPA issued a press release (included in last week’s Safety Tip of the Week) and letter concerning cancer warnings for glyphosate that mischaracterized California’s Proposition 65 right-to-know law.
California’s Office of Environmental Health Hazard Assessment (OEHHA) added glyphosate to the Proposition 65 list of carcinogens in July 2017, based on a finding by the World Health Organization’s International Agency for Research on Cancer (IARC) that glyphosate is both an animal carcinogen and “probably carcinogenic to humans.”
The listing was also supported by IARC’s finding that studies of humans exposed to different glyphosate formulations in different geographic regions at different times reported similar increases in the same type of cancer - non-Hodgkin lymphoma. OEHHA’s listing of glyphosate as a carcinogen was unanimously upheld by the California’s Fifth District Court of Appeal following legal challenges by Monsanto Company and others who opposed the listing (see Monsanto v. Office of Environmental Health Hazard Assessment (2018) 22 Cal.App.5th 534).
OEHHA objected to EPA’s characterization of any warning concerning glyphosate’s carcinogenicity as “a false claim”.  EPA’s assertion is based on its view that glyphosate is not likely to cause cancer in humans. That position conflicts with the determination made by IARC and its scientific panel, which included experts from the US National Cancer Institute, EPA and the National Institute of Environmental Health, who carefully evaluated the extensive scientific evidence on glyphosate’s carcinogenicity. It is disrespectful of the scientific process for EPA to categorically dismiss any warnings based on IARC’s determinations as false.
Contrary to EPA Administrator Andrew Wheeler’s claim, California law does not “dictate federal policy.” Proposition 65 does not require EPA to take any action on glyphosate or any other listed chemical. Proposition 65 is a right-to-know statute approved overwhelmingly by California voters in 1986 that ensures consumers receive accurate, science-based information about the chemicals to which they are exposed.
According to OEHHA, using Proposition 65, California has reduced or eliminated exposures to toxic chemicals such as lead from faucets, children’s jewelry, candy, artificial turf, tableware, and a host of other products. Further, warnings coupled with advice on how to reduce exposures, including information posted on OEHHA’s warnings website (www.p65warnings.ca.gov), contribute to lower risks of chemical exposures and greater public health protections for Californians.
NIOSH Video on How to Use PPE to Prevent Exposure to Illicit Drugs 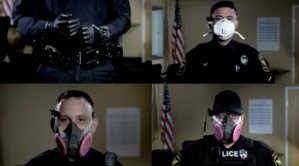 This video will help emergency responders understand the risks and what they can do to protect themselves from exposure to illicit drugs by properly donning and doffing personal protective equipment (PPE). NIOSH developed the video in collaboration with the Fredericksburg, VA Police and Fire Departments. Learn more at https://www.cdc.gov/niosh/topics/fentanyl/risk.html.
Frozen Foods Packager Cited for Exposing Employees to Multiple Hazards

OSHA has cited Arbre Group Holding – doing business as Holli-Pac Inc. – for willful and serious violations of workplace safety and health standards at its Holley, New York, facility. The company, which packages frozen fruits and vegetables for retailers, faces a total of $200,791 in penalties.
OSHA inspectors determined that the company exposed employees to laceration and amputation hazards related to a package filler machine. Parts of the machine did not have doors to prevent employees from contacting operating parts. The access door on another part of the machine lacked an interlock mechanism to stop the machine’s operation when opening the door. OSHA also cited the company for inadequate lockout/tagout procedures and failing to train employees on hazardous chemicals in the workplace; obtain annual audiograms for employees exposed to excessive noise levels; ensure employees wore appropriate eye and face protection; and repair damaged parts on electrical equipment.
OSHA conducted the inspections under the Site-Specific Targeting Program, which directs enforcement resources to workplaces where the highest rate of injuries and illnesses have occurred.
“Employers that do not comply with the law will see full and fair enforcement,” said OSHA’s Buffalo Area Director Michael Scime. “Maintaining a safe workplace involves employers regularly conducting analyses to find and fix hazards, and training workers to recognize those hazards before they cause injury or illness.”
OSHA offers compliance assistance resources on occupational noise exposure, machine guarding, control of hazardous energy, and chemical hazard communication.
The company has 15 business days from receipt of the citations and penalties to comply, request an informal conference with OSHA's area director, or contest the findings before the independent Occupational Safety and Health Review Commission.
Florida Armor Fabrication Company Cited for Exposing Employees to Amputation and Other Safety Hazards

OSHA has cited Point Blank Enterprises Inc. – operating as The Protective Group in Miami Lakes, Florida – for exposing employees to amputation and other safety hazards. The company faces $92,820 in penalties.
OSHA inspectors determined that the armor plate fabrication company exposed employees to amputation hazards by allowing them to operate a band saw without machine guarding, and failing to develop and implement a lockout/tagout program to prevent machines from unexpectedly starting during servicing or maintenance. OSHA conducted the inspection in conjunction with the National Emphasis Program on Amputations. The Agency also cited Point Blank Enterprises for exposing employees to silica levels over the permissible exposure limit, and failing to conduct monitoring to determine employees’ exposure to silica, and post the required signage for a silica-regulated area.
“Employers should implement an effective safety and health program to mitigate the serious hazards that threaten the well-being of employees,” said OSHA Area Director Condell Eastmond, in Fort Lauderdale, Florida. OSHA’s recommended practices for safety and health programs recognizes that finding and fixing hazards before they cause injury or illness is an effective approach for maintaining a safe workplace.
The company has 15 business days from receipt of the citations and proposed penalties to comply, request an informal conference with OSHA’s area director, or contest the findings before the independent Occupational Safety and Health Review Commission.
Movie Production Company Cited After Two Employees Suffer Injuries While Filming in Georgia